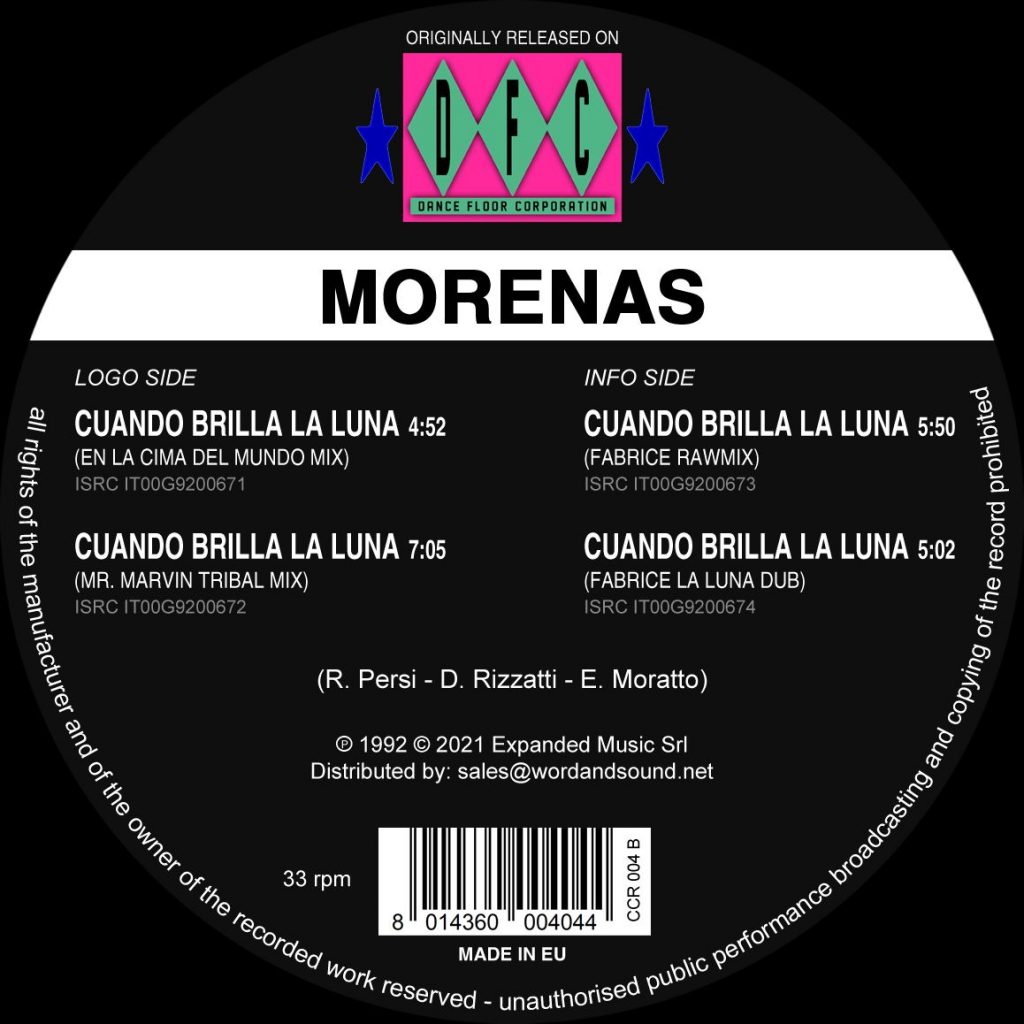 Sorry, no results.
Please try another keyword
The 4th release on “CCR – Club Culture Rarities” CUANDO BRILLA LA LUNA of MORENAS originally released on DFC in 1992 From the late 80’s until the mid 90’s the Balearic Beat was one of the prevailing sounds in Ibiza’s club nightlife. DFC has released some of the most iconic records for this musical genre such as Sueño Latino and Hazme Soñar (both reissued on Club Cultere Record). Now it’s time for Cuando Brilla La Luna by Morenas with the emotional versions by Fanrice and Mr. Marvin. As per tradition for this label, the record comes out in a small edition on colored vinyl.
Icon-dashboardcd