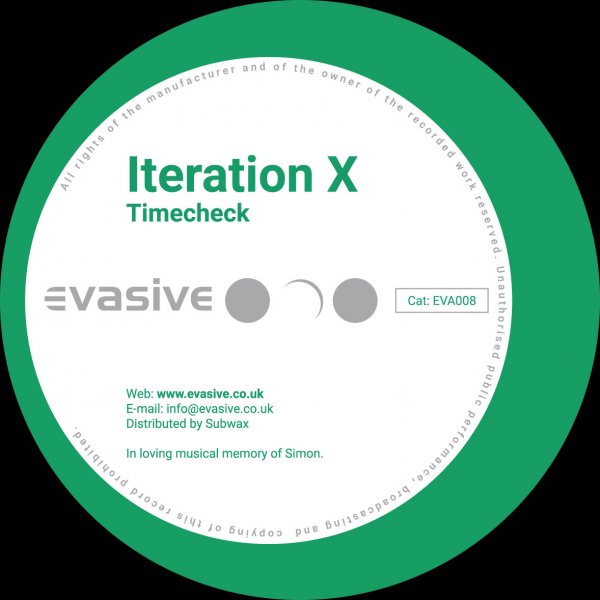 Sorry, no results.
Please try another keyword
Repress of Simon Copleston a.k.a Iteration X’s debut EP delivered for Evasive Records in 2003. ’Timecheck’ and ‘Liquid Logic’ are 2 slabs of firing tech-house straight out of South London. Simon worked from his own studio and also Online Studios in Croydon. Simon sadly passed away in 2014 and we wanted to make this well sought after release available again so that his musical legacy lives on.
Icon-dashboardcd