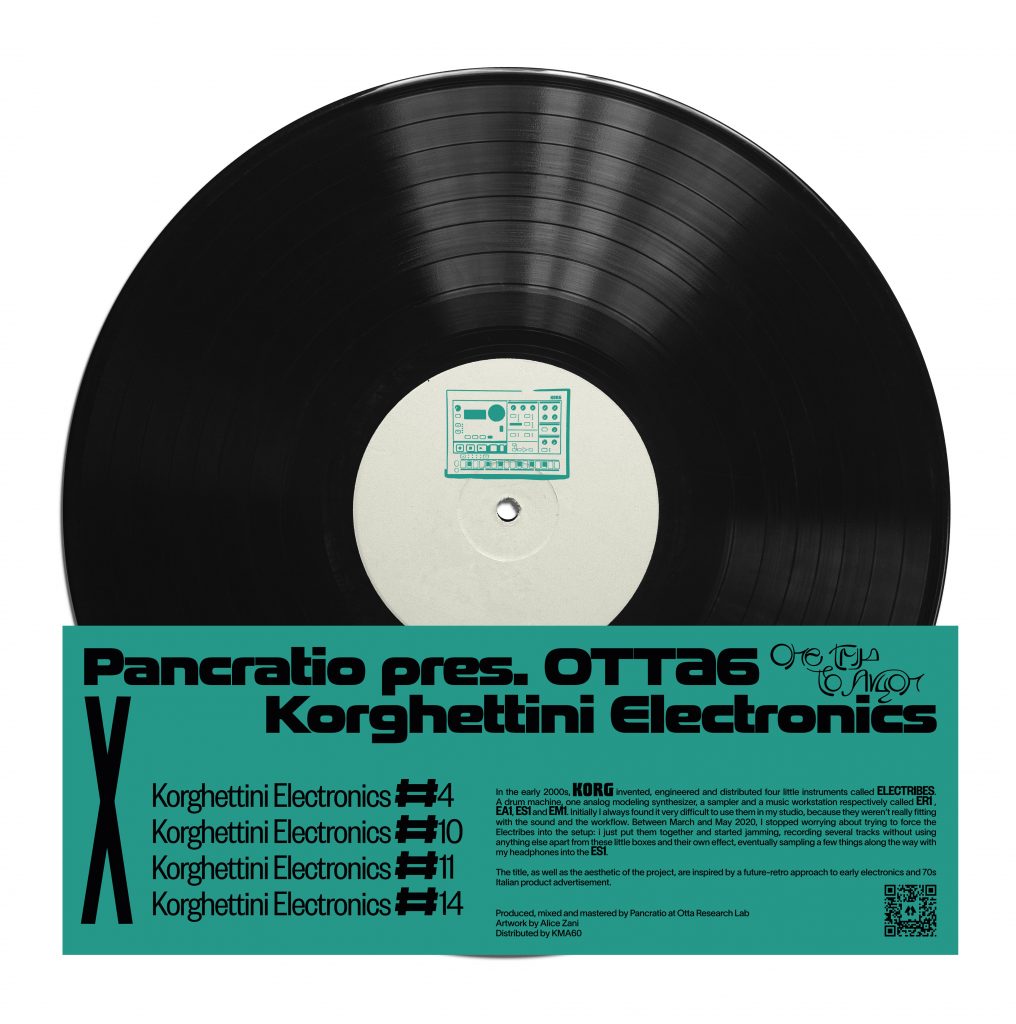 Sorry, no results.
Please try another keyword
Pancratio serves up the 3rd and final part of his Korghettini Electronics project on One Trip To Avyon. Pancratio: In the early 2000s, Korg invented, engineered and distributed four little instruments called Electribes. A drum machine, one analog modeling synthesizer, a sampler and a music workstation respectively called ER1, EA1, ES1 and EM1. Initially I always found it very difficult to use them in my studio, because they weren’t really fitting with the sound and the workflow. Between march and may 2020, I stopped worrying about trying to force the Electribes into the setup: i just put them together and started jamming, recording several tracks without using anything else apart from these little boxes and their own effects… eventually sampling a few things along the way with my headphones into the ES1. The title, as well as the aesthetic of the project, are inspired by a future-retro approach to early electronics and 70s Italian product advertisement.
Icon-dashboardcd