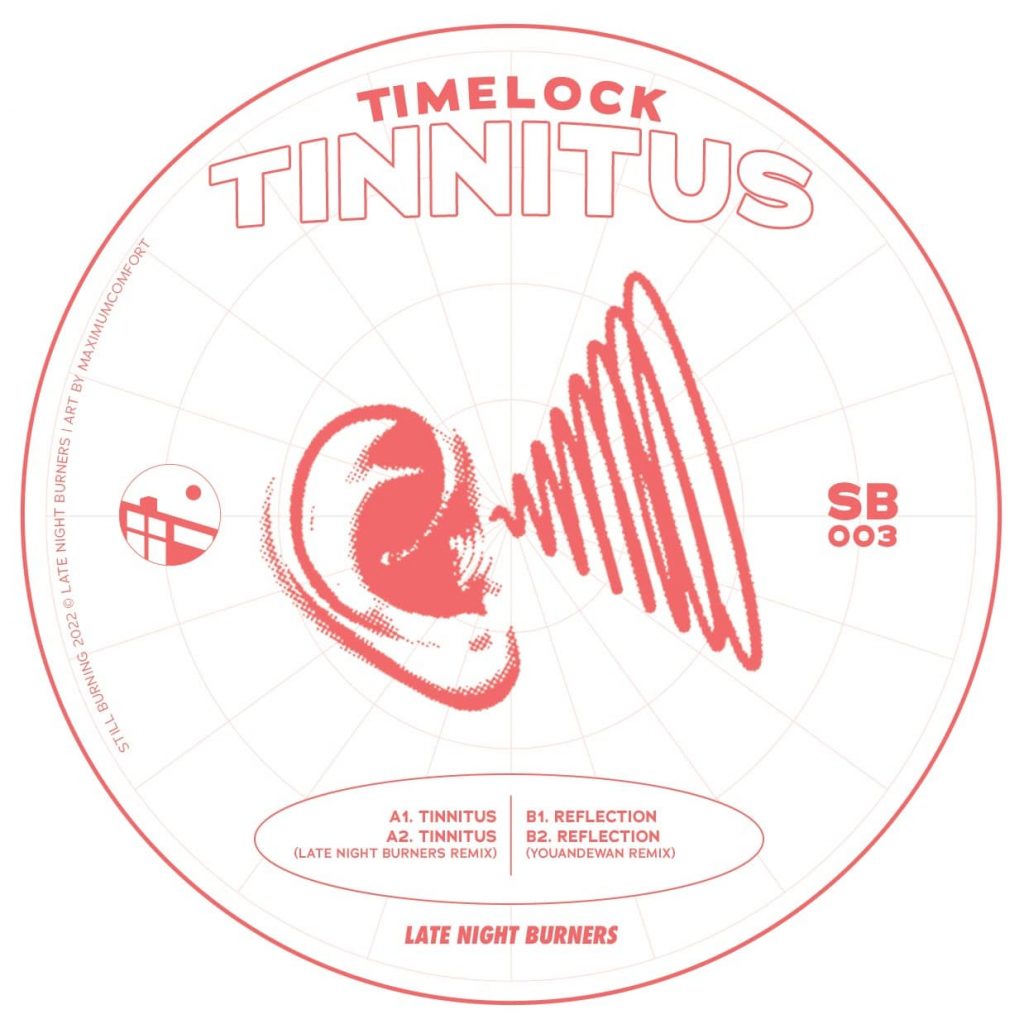 After exploring some of the UK’s house music heritage, Late Night Burners’ reissue offshoot Still Burning struck gold closer to home; the Dutch have always been adept at crafting club sounds and Marcel Franke’s contributions are no exceptions. Between 1992 and 1998 he was moving freely between house, progressive, trance, and techno under various guises leaving behind a trove of serious dancefloor 12-inches. One of these was “Tinnitus” released in 1995 under his single-use alias Timelock, containing four menacing party cuts straddling ravey house and deep techno. The Late Night Burners guys took two of them, had them faithfully remastered for the modern dancefloor from the original DATs, and added two remixes; one by the label bosses themselves and one by Youandewan, who has had the original record in his bag for so long it only seemed fitting to ask him. One thing’s for sure: this is a type of tinnitus you do not want to avoid.
Icon-dashboardcd