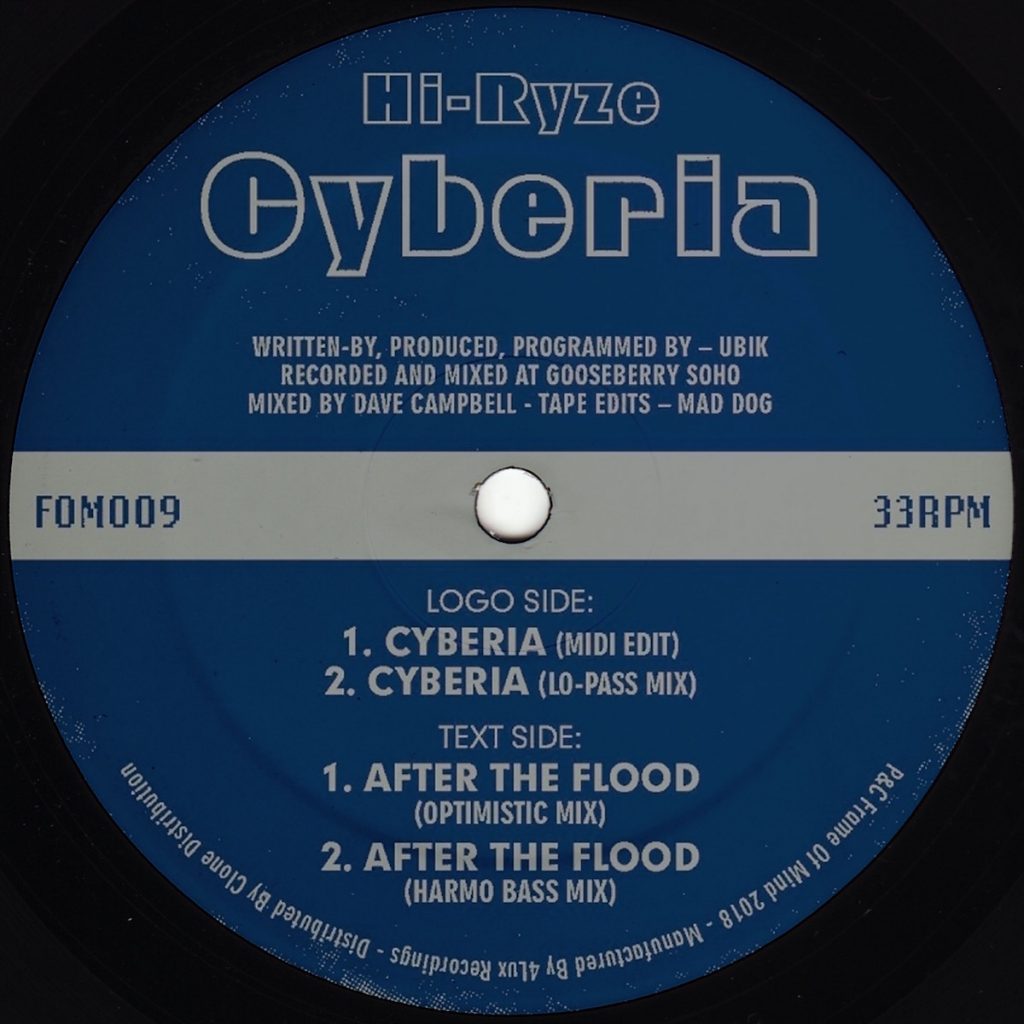 Hi-Ryze - Cyberia / After The Flood Ep

Sorry, no results.
Please try another keyword
This was announced as being a repress on clear vinyl. However due to an order mix-up with the pressing plant this was pressed on black vinyl! Price reduced because of this. From the same producers that brought you the Timenet release, here we have a mighty fine re-issue of the very first Hi-Ryze record. Cyberia was originally released through cult label Brainiak back in 1990. Since then the Ubik production team released half a dozen of EP’s under the Hi-Ryze name through various other classic imprints such as General Productions and Certificate 18. Here we have Frame Of Mind’s faves: Cyberia and After The Flood. Remastered from the original DAT tapes!
Icon-dashboardcd